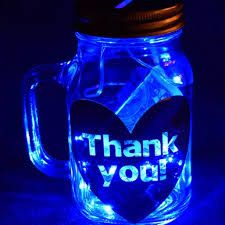 All tips are GREATLY appreciated! I don't charge for my music on most sites & on those where I do, I don't charge much, so I really do appreciate a tip, but ONLY if you think I deserve one! THANK YOU!

Enter the amount you wish to donate

Hatchatorium is the solo music project and stage name for Douglas Burke Bond, Jr., an internationally acclaimed & award winning singer-songwriter, multi-instrumentalist, producer & 3 time MUSA/AMS inductee into COPAM. Over his 30+ year musical career he has released 8 full-length albums, 2 EPs, & over 80 singles (not all as Hatchatorium). He has also provided backing vocals & instrumentation for a variety of Billboard charting songs & artists, spanning multiple genres, & has collaborated with numerous indie musicians, vocalists & producers.

Doug has an over 4 octave vocal range (which sometimes varies, depending on his health) and taught himself to play 6 string guitar, bass guitar, piano/keyboards, drums, and various other instruments, allowing him to essentially be a one-man band in the studio.  In the early days of his career he was in numerous bands (some successful, some not so successful), and when it came time to record and album or single, as was common in those days, he and the rest of the band simply went into the studio, recorded their parts, and let the sound engineers mix and master the tracks while a producer oversaw the entire process, but as technology made it easier to record from home studios, he created his own home studio and taught himself how to record everything on his computer setup using different DAWs and recording equipment.  As time went on he became more proficient at mixing and mastering his own tracks, until he was eventually in demand as a producer as well as songwriter and musician.

Now, he pretty much does everything himself, which mean his 'split' has increased to the point where he keeps most everything except for the distribution part of the split.  Even though he gives his music away for free on most websites, he donates the majority of his online streaming proceeds & publishing royalties to charity, including St. Jude's Research Hospital for Children & The American Cancer Society (he, himself, has a form of leukemia called Chronic Myelogenous Leukemia).

He was born & raised in Georgia & is currently based in a small town outside of Atlanta, Georgia, even though he's lived in various places around the United States & spent quite a lot of his time living out of motel or hotel rooms while on tour.

He is also a member of several professional performing arts & recording organizations, including ASCAP, ISSA & SAG... he's tried his hand at acting (both onstage & VO work), as well as having had some of his music featured in films and television programs.

Doug is also a father and, recently became a grandfather!